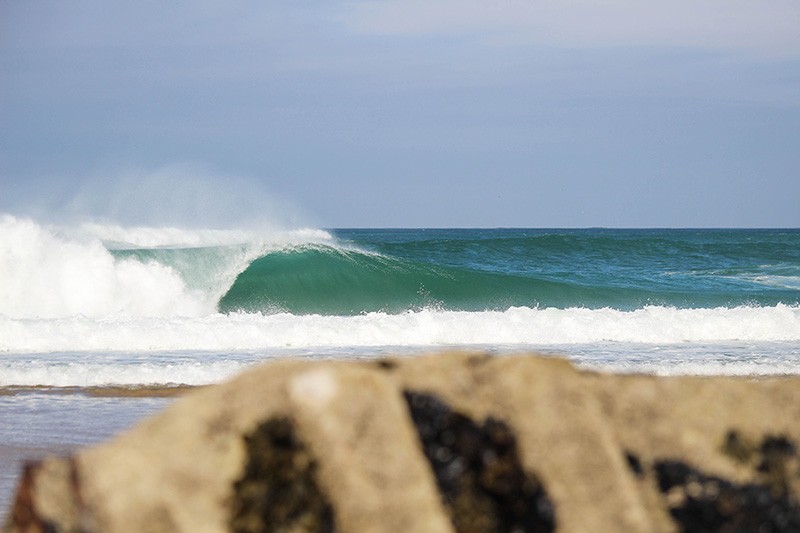 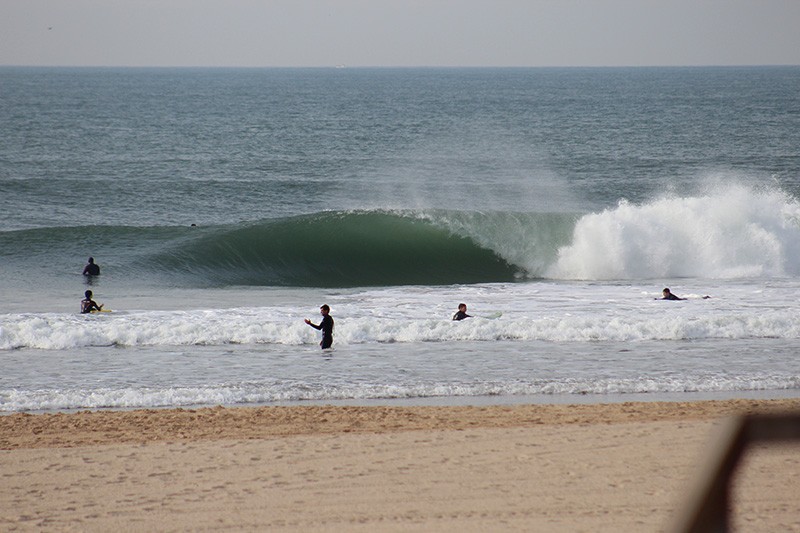 Having delivered seven successful bodyboard holidays to Portugal, and having head coach Matt Mave Davies living there full-time, we’ve perfected our top ten free time activities to do between bodyboard sessions. Check these out… 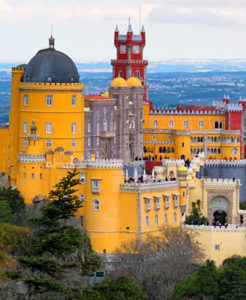 Sintra, a UNESCO World heritage site, is a fairy tale town famed for its 19th romantic architecture. A long time sanctuary for the nobility and elite of Portugal, its mountainous and forested terrain is dotted with exquisite palaces, extravagant villas and decorative gardens. Just a short drive from the boogie house proves a popular afternoon activity for any culture vultures or foodies on the holiday.

Top tip: Bring along a camera for the breathtaking panoramic views and a couple of Euros for a deliciously typical cake of Sintra, the Queijada. 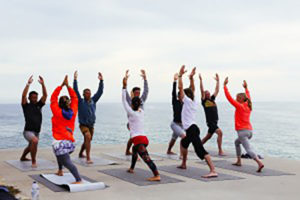 Debuting on our last two bodyboard holidays in Portugal, yoga with Masha proved to be an instant success. Especially toward the end of the week, when neck, shoulders and back tend to get tight from all the boarding. Led by a qualified instructor on a large balcony surrounded by tall peaceful pine trees, the classes leave you feeling incredibly relaxed and revitalised. Our yoga instructor also offers Thai massage for those feeling particularly tight or anyone who just wishes to be pampered.

Top tip: Start early in the week to feel the full benefits in your flexibility and boarding. 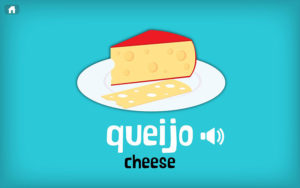 Like the Yoga, Portuguese classes are a recent but popular addition to our bodyboard holidays. Lessons are taught at the boogie house in a fun, communicative and unintimidating way that provides you with essential language for surviving your week in Portugal. The lessons focus on practical language that will help in a restaurant, bar, shop, hotel and in the surf. The guys on the last trip found it very useful and noticed the locals really appreciate and open up to those that will give their language a go.

Top tip: Download a learning Portuguese app prior to the trip so as to be one step ahead and impress your peers. 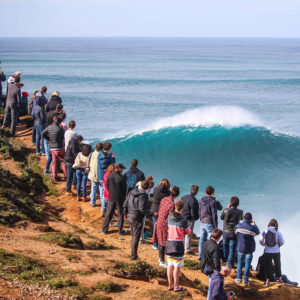 In recent years Garret McNamara and his big wave exploits have firmly put Nazaré and Portugal on the map, yet this small fishing town has been the holy ground of Portuguese bodyboarding since its conception. At 3-8ft, Praia de Norte is a bodyboarders’ paradise, serving up heavy bowly A-frames. If not for the surf pilgrimage, this town is worth a visit, as it is also famed for its seafood, the ladies who wear seven skirts (to be seen to be believed) and its bohemian nightlife.

Top Tip: Try the local percebes or gooseneck barnicles that are a widely eaten delicacy harvested at low-tide from the rocks and cliff edges. 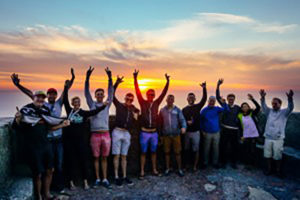 At least once on every trip we will make the pilgrimage to a local 14th century convent set among enormous granite boulders, high up in the Sintra mountains to watch the sunset with a box of beers. Its elevated position provides a breathtaking panoramic view of Sintra, Ericiera, Cascais and Lisbon, and a soul-cleansing sunset over Cabo de Roca, the most Westerly point of mainland Europe. 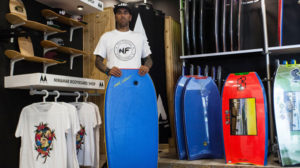 Second only to Australia or Brazil, Portugal is said to have one of the largest number of bodyboarders. This passion for the sponge means there is an abundance of surf and bodyboard shops up and down the coast. A little retail therapy between surfs is particularly popular with those travelling with sterling as the current exchange rate makes for irresistible bargains. If it’s not surf gear you require, but souvenirs, there is plenty of opportunity to stock up some typical products such as Port, cheese, chorizo, decorative tiles and an assortment of cork products (Portugal’s biggest export! …hence such a dire economy).

Top tip: Not all shops accept card payment, so be sure to pack a little extra money when going out for the day if you’re in the market for something particular. 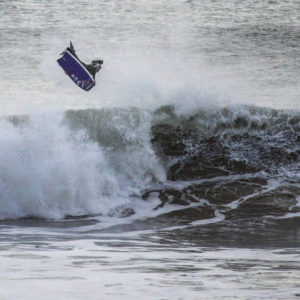 Pierre-Louis Costes, 2012 IBA World tour winner, left his native France to relocate to Portugal in 2010, a move that he feels aided his 2012 conquest. As a paid professional he is not short of free time, and so can be regularly seen ripping at Portugal’s finest bodyboarding waves. With the forthcoming Sintra Pro, the guys on one of our last bodyboard holidays were lucky enough to meet and watch Pierre ‘training’ at Praia Grande. Needless to say they were not disappointed with Pierre busting more backflips than a commonwealth gymnast.

Top tip: Leave a pen and paper/bodyboard magazine in the van in case of an impromptu meeting and autograph session from Pierre. 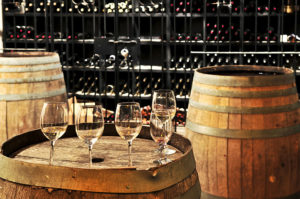 It’s said in Portugal that you needn’t spend more than 4 Euros to find a good bottle of wine. Wine is a commodity here! Portugal not only offers great red and white wines but is also famed for its refreshing green wines and roses, not to mention their sweet Port and Muscatel wines. With such a variety on offer, it would be a pity not to visit one of the many local vineyards for a tasting, insight into viticulture and an opportunity to stock up the bodyboard bag with contraband.

The guided tours are a great afternoon filler and are often accompanied with a variety of cheeses and cured meats.

Top tip: Don’t plan on surfing after the tour, pouring measures are not adhered to in Portugal. 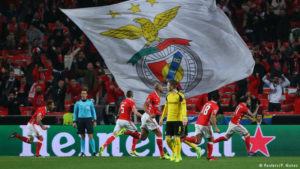 The population of Portugal is around 10 million, of which 9 million are Benfiquistas (Benfica supporters). Nicknamed As aguias (The eagles), Benfica is the most decorated club in Portugal, a European heavy weight in the 60s and 70s under the leadership of the legendary Eusebio.

Whether an avid football fan or not, watching a game at Benfica’s Estádio de Luz (stadium of light) provides an incredible atmosphere and unforgettable experience.

Top tip: At half time indulge in a Bifana (Steak roll with mustard) and a bottle of Sagres. 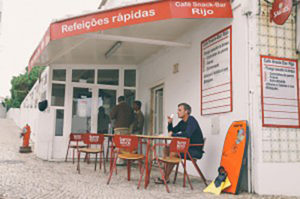 The Portuguese take their coffee and pastries very seriously, the day does not begin before a strong espresso and custard tart. The cafés are ridiculously cheap serving coffees at 60 cents, beers at 90 cents and a full meal for less than 5 Euros. With such low prices and front row seats of the sea make them the perfect place to chill before and after the surf.

Top tip: There are two main beers in Portugal: Sagres and Super Bock, and the country is evenly divided on which is the superior beer, which depends on the team you support, Benfica sponsored by the former and Porto the latter.

If you’re interested in joining us for a week of waves, sunshine, meeting like-minded people and eager to try any one of the above, then check out our Bodyboard Holidays Portugal page here.