Bodyboard-Holidays is scoring on their maiden trip to the centre of European Bodyboarding, Portugal!  Rob Barber reports back… 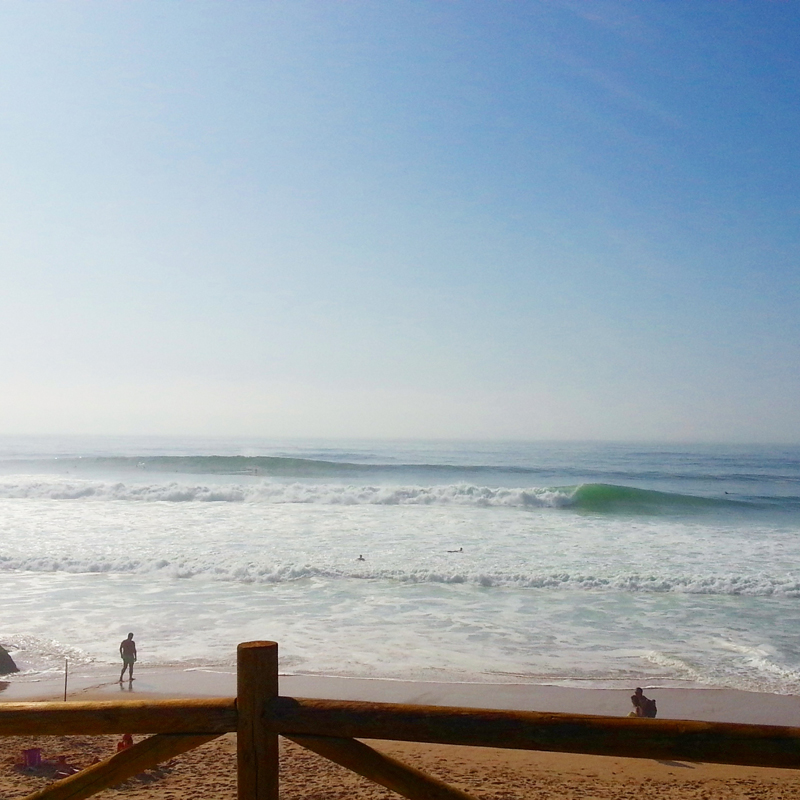 That sums up the first half of our bodyboard coaching holiday to Portugal.  It’s been over two years in the planning but every bit of effort has been worth it as the Bodyboard-Holidays team have spent hours and hours in the water scoring the best waves for the last 6 months.

Pants! There is no other way to sum up the northern European summer. So some consistent September swells at one of the worlds best bodyboarding destinations was just what the doctor ordered.

We chose early September due to the warm weather, warm water and consistent waves and meticulously planned the trip to choose the week with the best historic swell data. We visited during the same week exactly a year ago for a ‘dry run’ and now that we’re back, the planning has paid dividends as we’ve scored the best waves of the last 6 months.

The crew on the trip are in high spirits and progression has been excellent. Highlights have included Chris Clayton Moss launching a monster roll at Guincho yesterday, Anne Marie Wilce facing her fears and scoring her biggest wave ever at Praia Das Macas and Jack Tavinor landing his first ever roll.

The Best Five Things About Bodyboarding In Portugal

The crew have all agreed that the five best things about Portugal in September are:

We’re running a trip next September. Check out Bodyboard-Holidays.com for our Portugal info page.  You’ll see what to expect and we’ll be announcing the 2015 dates soon.