Our favourite Welsh bodyboarder Alex Clark has been too and fro-ing to Morocco a lot lately. He loves the place and so do we. That’s why we hold coaching holidays there twice each year. Check out his latest adventures and if you are keen to know more about his clothing company Tafia, take a look here

Alex Clark has been back and forth Morocco this past few months. In November he endured an injury which brought his surf trip to a sudden hault.  Never the less, Alex did take his camera with him and came home with some sweet shots to show us. Here’s a few of them, along with Alex’s thoughts and feelings of the African country.

All words and photos by Alex Clark 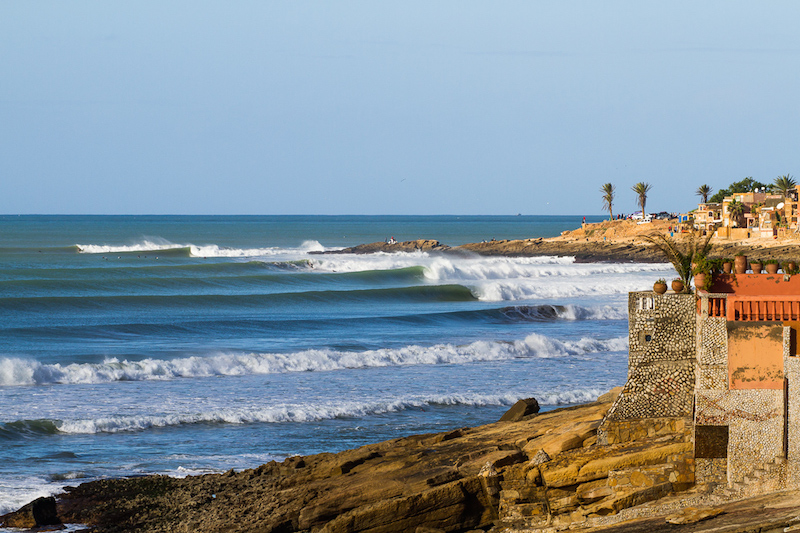 On the 27th May I headed back over to Morocco for the 3rd time in just over 6 months. This being the 5th time in total. I don’t know what it is, but there is something that keeps dragging me back there! Back in November 2012, my surf trip ground to a holt, as I broke my finger in a freak accident. A displaced fracture meant that my hand had to be strapped up and my finger put on a splint, just three days into the trip. It meant no more surfing for me, as I could no longer hold my board. It’s crazy how something so trivial as a broken finger can disable you in such a way. So for the remainder of the trip I could do nothing but watch everyone else surf absolutely pumping waves, whilst I took pictures. I wasn’t complaining to much though, as it was November and bearing in mind the weather in the UK, I was soaking up the rays and still having fun. 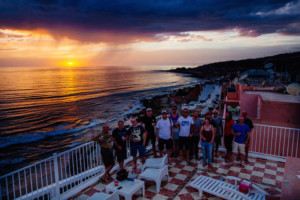 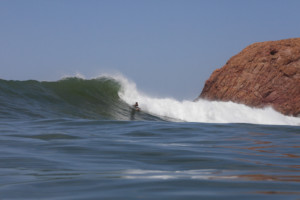 So after 13 weeks off work and not being able to surf, once I was fit enough to return I was planning to get back out there and make up for what I missed out on in November. I returned in March with a group of other Welsh boy’s on a trip organised by Rob Barber at bodyboard-holidays.com. It’s always good to be going away with a group of like minded people, for the sole reason of scoring waves. We surfed a wide selection of breaks, and getting in the water three or four times a day. It’s fair to say that by the end of the trip, everyone had their fare share of waves. I needed another holiday to get over it, having only surfed once in over three months leading up to the trip. And I certainly wasn’t rushing to get my hood and gloves out in March! 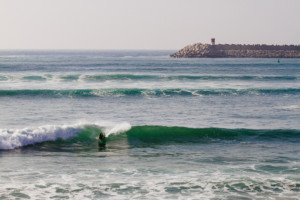 Based in Taghazout, we had such a wide variety of waves on offer. From the reeling right hand point breaks that Morocco is famous for, to slab’s and wedge’s tucked away along the coast. Either a 15 minute walk up to the point, or a 15 minute drive along the Atlantic, gives you so many options, you’re spoilt for choice!  Morocco really is a place to go and forget about the freezing cold UK, and catch some warm water waves in the sun. Just what I needed, having spent December and January freezing my balls off, taking shots of the boys surfing pumping, but cold, Welsh waves. 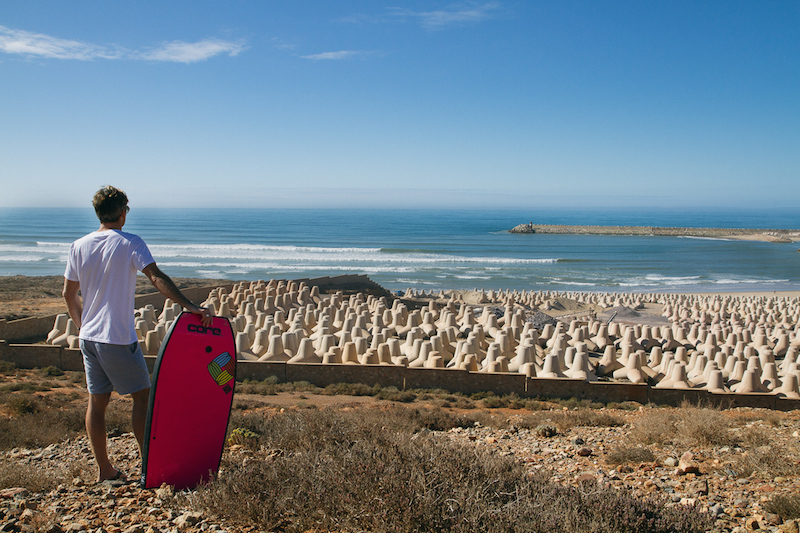 My most recent trip though was slightly different. I went with a friend who doesn’t surf, so took the All Inclusive option in the tourist area of Agadir. I must say it was very nice and the hotel was more than adequate for our needs, with food and refreshments on tap. Just a short 20 minute drive up the coastal road took us to Taghazout, so not to far away from the waves. The surf season had ended so I wasn’t expecting any major surf. I was lucky though, and a couple of days in a swell came in and lit up all the points. I managed to surf Anchors, Le Source, Douze and a few other waves. Nothing epic, but it was still fun in the sun. It was quite satisfying looking at the charts and buoys for at home, and seeing it was flat. Even more satisfying to see that the weather was terrible and the kids half term was a wash out!  I even managed to get a few board short sessions in, out the front of the hotel. Straight out of the sea to the pool bar for a quick swig, before showering and going down for dinner, hassle free. 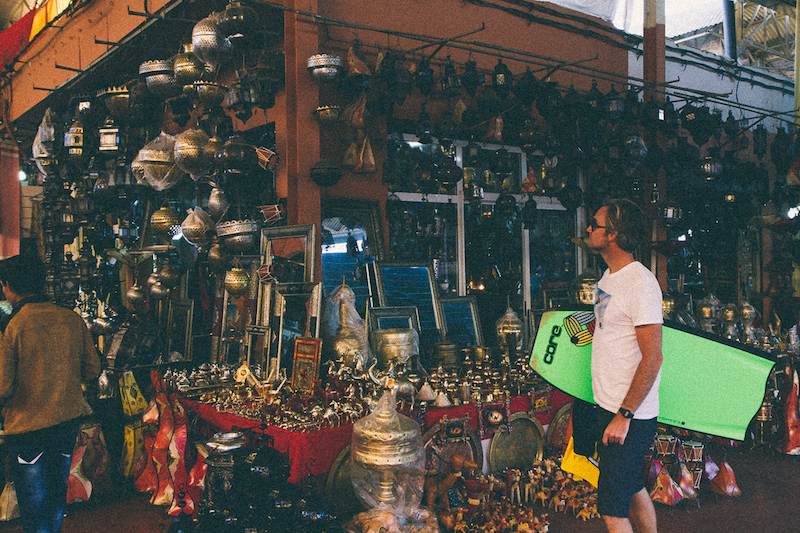 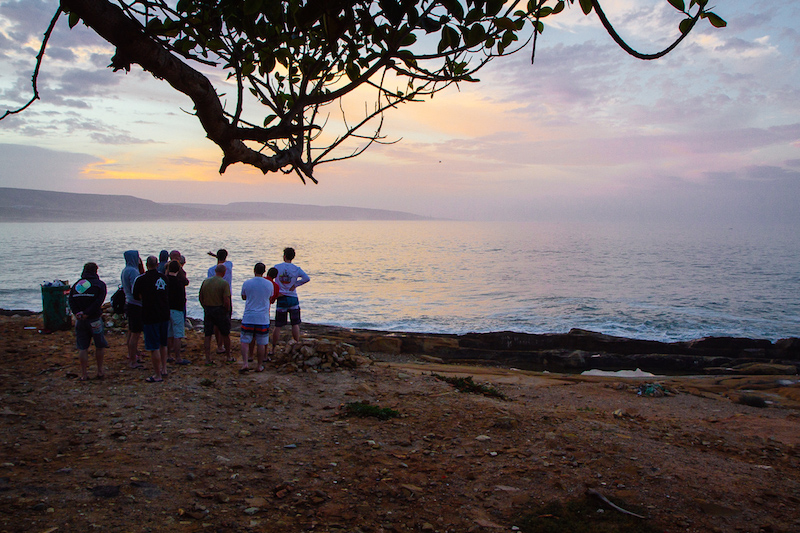 On the days there wasn’t waves I took my mate out to explore Maroc and show him around. One of the highlights was a visit to Paradise Valley and up into the Atlas mountains. The views are so dramatic as the huge mountain range meets the Atlantic ocean. I’m hoping to head back there again soon, maybe later this year as the British winter sets in. If you want to score sick waves, soak up some sun, meet friendly people and eat good food for cheap, head over there and get your winter fill! There is a fair amount of development going on there, and it’s only a matter of time before it’s spoilt. A few days after we left in March, the monumental anchor factory ruins, which gave Anchor Point it’s name was demolished to make way for apartments. Much to the dislike of the locals. The waves will only get more crowded, so get out there whilst it’s mellow. If you bodyboard, be sure to check out bodyboard-holidays.com for a hassle free trip, with only waves on the agenda.

WHY DON’T YOU HIT MOROCCO WITH US THIS NOVEMBER OR MARCH? MORE INFO HERE: bodyboard-holidays.com

This site uses Akismet to reduce spam. Learn how your comment data is processed.